Changing the Android Text-to-Speech (TTS) Engine step-by-step in three different Android versions, as well as pointing to some alternative TTS engines, are the objectives of this post. The main reason for creating it is to provide additional troubleshooting support for Wrkout users, who may be having issues with the speech feature present in the app.


Note: If you've reached this page from Wrkout HIIT or Wrkout Pro and are using a Kindle Fire device, I can't guarantee you that these procedures smoothly apply to your device as I have no way to test them. Also, any TTS engines presented come bundled with the device or are downloadable from Google Play Store. I can't help with Amazon Appstore -only devices.

I will present how to change the Android TTS in three different Android versions/flavors: CM7.1 Android 2.3 (Gingerbread); Samsung GALAXY Fame Android 4.1 (Jelly Bean); 2012 Nexus 7 Android 4.4 (KitKat). Then, I will also show how to download offline languages to be used in the Google Text-to-Speech engine.

Critical zones in each screenshot are marked with red brushes.

Even if don't use any of these Android versions, you will still be able to follow this guide due to the similarities (with at least one version) being very high.

You can click the images to view them in higher resolution.

Unfortunately, I've made the whole guide in English. You can try to use Google Translate at the right of the page, but not everything will be correct.

There are many Text-to-speech engines available. There's no need to create yet another list of these, so I invite you to look at this list made by SoftwarePreneur.
Personally, I've had some success with SpeechSynthesis and IVONA TTS HQ (which is the one Wrkout redirects to in case the user chooses to install a TTS engine). To get more unusual languages, like Portuguese, offline, you may need to spend some money on language packs for SVOX Classic and IVONA TTS HQ, or just use Google Text-to-Speech engine present in the most recent versions of Android (which can also be installed from Play Store). Most of the languages Google TTS can play are online-only, but some can be manually downloaded to be played offline as well. Portuguese from Brazil was recently made available offline. Some phone/tablet brands also seem to provide offline TTS support for many languages.

This new section, added 7th March 2014, shows you how to download an offline language for Google TTS in recent versions of Android (4.x). Google recently improved its Text-to-Speech engine and added some new languages for offline download.

After getting to the "Text-to-speech output" screen in your Android settings (by following the screens above), you can download new languages, to be used offline, by going to the screens shown below (click the images to zoom):

In Android, it's pretty easy to load a page from Facebook or Twitter or a similar one, from our very own app. By passing an intent with the request, the related app will automatically show up with the desired content. If the app is not installed we can detect that scenario so that, for instance, the browser starts up and loads the link for the wanted page. With Google+  it's even simpler, as we just need to pass the web URL. Android then selects if it should use the Google+ app or a browser (taking into account users' preferences).

However, what if the app is installed but has been disabled (for example through App Quarantine)?

Let's consider Facebook as the app/website to load from our Android application.

Which works most of the time: with or without the app installed.

However, if the user has Facebook installed but disabled (for example by using App Quarantine), this method will not work. The intent for the Facebook app will be selected but it will not be able to process it as it is disabled, ultimately resulting in the Toast above.

So, a quick fix (and the whole point of this post) is to detect if the app has been disabled and then choose to use the web URL:

You can use the following to decide what to do:

This process is similar for other apps (not required for Google+).

If you want to use the escape sequence in IOS in order to cancel pending commands (like a ping or a traceroute), using GNS3, and you're trying to use Ctrl+Shift+6 or Ctrl+C or any other combination that is supposed to work, as far as you can tell from the web, then just try Ctrl+6, it will probably work.

In case you have followed this guide and are now wondering how to run the client, here'a a little tip to prevent you from wasting more time.


If you've created the SendJMSMessage.java inside the same project and ran it as a Java Application, then you probably got something that included this:

or this:
or even this:

You should create a new Java Project with the SendJMSMessage.java, then go to the project properties and, instead of including every jar in the Java Build Path (as explained here), add two libraries: 1) JBoss ESB Libraries and 2) Server Runtime. The server runtime will be the previously created JBoss server runtime.

Then run this project as a Java Application and it should work.

In case your wondering what software versions I've used and so on, here are they:

After noticing there were no known methods of rooting the tablet Memup SlidePad NG 808DC (the methods for the other models did not work with this one), I took some hours off in the past 20th of July to check how hard it could be. It seems it's actually pretty easy and, finally, I'm going to post my method. Although the first root method on the web specific for this tablet, it may work for similar devices as well, but that's on your own responsibility. 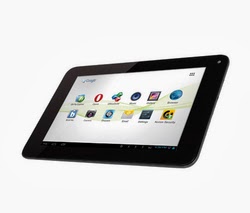 The following steps assume you know how to flash a ROM to your SlidePad, as well as using ADB to get the tablet's shell.

Pre-requisites: If not already, flash the original 4.1.1 ROM provided in the french memup website: http://www.memup.net/support/fr/produit.php?id_produit=112; ADB must be installed in your computer (http://www.howtogeek.com/125769/how-to-install-and-use-abd-the-android-debug-bridge-utility/; http://pplware.sapo.pt/smartphones-tablets/android/como-usar-o-android-debug-bridge-adb/);

Step 1: Make sure /usr/xbin/su must already exists, the original 4.1.1 ROM provides it, so it's okay;

Step 3: Get the "su" binary from superuser.zip/armeabi to the SD card (/storage/sdcard0/external_sdcard);

Step 5: Go root in the shell, using the command su;

Step 7: Replace the system's "su" with the SD card one, using cp /storage/sdcard0/external_sdcard/su /system/xbin/su and then, chmod 6755 /system/xbin/su;

Step 8: Install Superuser APK (ClockworkMod's one) from the superuser.zip or Play Store;

Step 9: Run Superuser and let it update the "su" binary if a newer version is available;

You're welcome to ask for any clarification on the steps above.
Originally written on 20th July 2013, posted on 6th October 2013.
Newer Page: 3 of 8 Older